The History of McCoy Pottery Company

McCoy Pottery is known for their fabulous vintage pieces; they have been a favorite amongst collectors for over a century! It was established in 1899, under the ownership of James W. McCoy. The company was initially called J.W. McCoy, and they created basic pottery pieces. By 1910, James McCoy and his son, Nelson, collaborated to create Nelson McCoy Standard Sanitary Stoneware Company. They manufactured functional pieces, and also used clay mined from the local area in Roseville, Ohio.

Up to the early 1930s, McCoy Pottery Company was known for their leaf and floral designs. This was largely in thanks to their head designer, Walter Bauer, who favored this style. The second head designer, Sydney Cope, added a more varied look to the company’s pieces. As they moved further into the twentieth century, Nelson McCoy Standard Sanitary Stoneware Company began to expand and modernize. They no longer focused solely on utilitarian products, which had existed to provide sanitary goods for eating purposes. Instead, they also began to explore the delightful whimsical and ornamental products that collectors love so much today. As they began to focus on these products, they changed their name to Nelson McCoy Pottery Company. Thanks to this move, their business began to blossom, and they rapidly expanded their facilities – and profits!

As World War Two arrived, McCoy Nelson Pottery Company made their own contributions to the war effort. They used a large portion of their clay to make products for the Allied Forces, and used the remainder to make decorative pieces. After the war, McCoy took off greater than ever, producing a vast array of different products. By 1967, the company was purchased by Mount Clemens Pottery Company. This marked quite a significant change in the company, as it had been owned and run by four generations of McCoy men until that point. It next changed hands to the Lancaster County Colony, where they continued to make quality pieces.

Sadly, overseas competition ultimately overshadowed McCoy Pottery, who could not compete with the low costs of competing companies. At last, they closed their doors for good in 1990. Thanks to their century of success, we now have an endless amount of delightful collectibles to enjoy for generations to come! Their wide variety of products makes this the perfect company for everyone of all ages – and their rich history in America’s tapestry makes it all the more special.

Previous
Why buy McCoy pottery?
Next 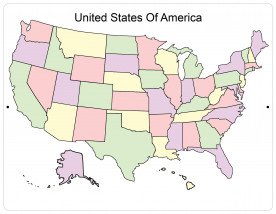 Get the USA Map for Easy Learning
Pimp Your Place with Vintage Decor
Going Edgy with Steampunk Decor
What does Scalloped Edge or Rim mean? 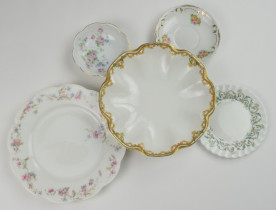